Facebook Twitter LinkedIn Tumblr Pinterest Reddit WhatsApp
BlackBerry Z10 become the milestone BlackBerry (Ex: RIM) today. With Z10 device that runs on the BlackBerry 10 platform, BlackBerry want to change the existing paradigm in the community about the products they are famous handset old school and slow. Z10 is priced high enough, i.e. the range of 6.9 million dollars. With a total change in design and software that carried Z10 roughly BlackBerry get back gain success they’ve ever felt before? Please read the full review below.
Yes, this time the BlackBerry release a phone with a full touchscreen design again, despite of it already full touch handset BlackBerry no gain success in the homeland. However, with the use of the new BlackBerry 10 platform that focuses gestures like the Playbook tablet, it seems the use of the design of a full touch feels right because nowadays almost all smartphones carrying the design. Although it looks stiff, but the design of the Z10 is fairly stylish and still impressive formal withdrawal of BlackBerry handsets in general. As always Z10 is available in two colors black and white. 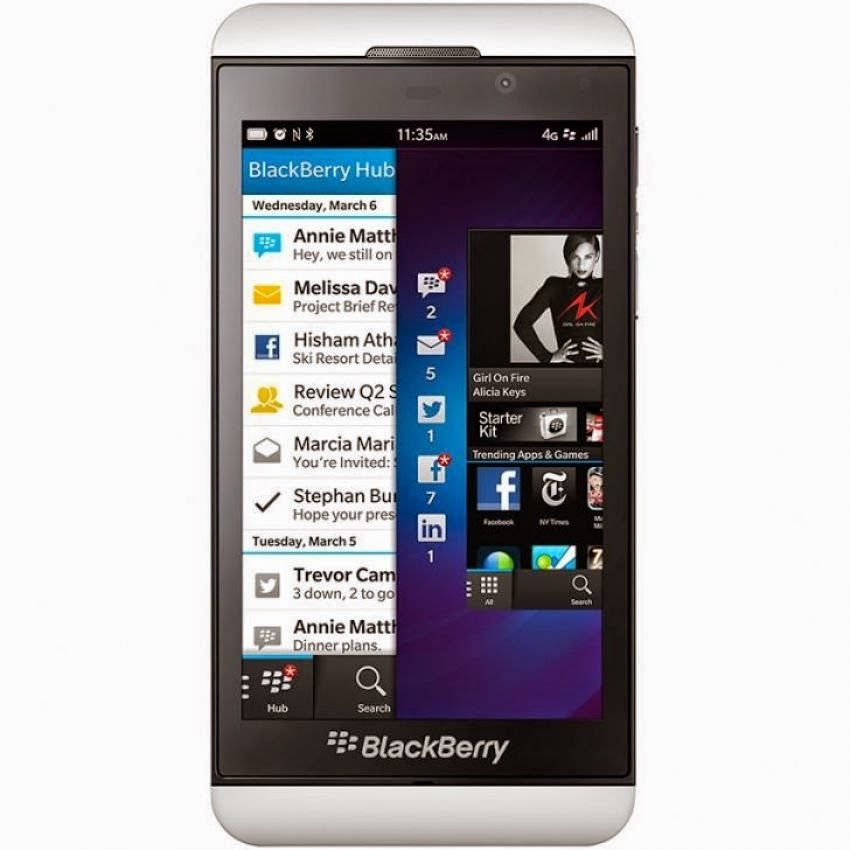 All parts of the body is made of plastic. Special to the black color variant, the back cover is coated sort of rubber material so rough. Although overall made of plastic, but the build quality is good Z10, feels solid when held. With dimensions of 130 x 65.6 x 9 mm and weighs 137 grams one hand is still quite comfortable to do so is to put into a pocket.

As already mentioned above, the Z10 is to adapt the control gestures like the Playbook tablet unlike previous BlackBerry handsets, so do not be surprised minimal buttons found. The face is filled with LED notification, resolution 2MP secondary camera, light and proximity sensor, 4.2-inch screen, and a mic. The back such as golf balls, filled with an 8MP primary camera accompanied by LED flash. 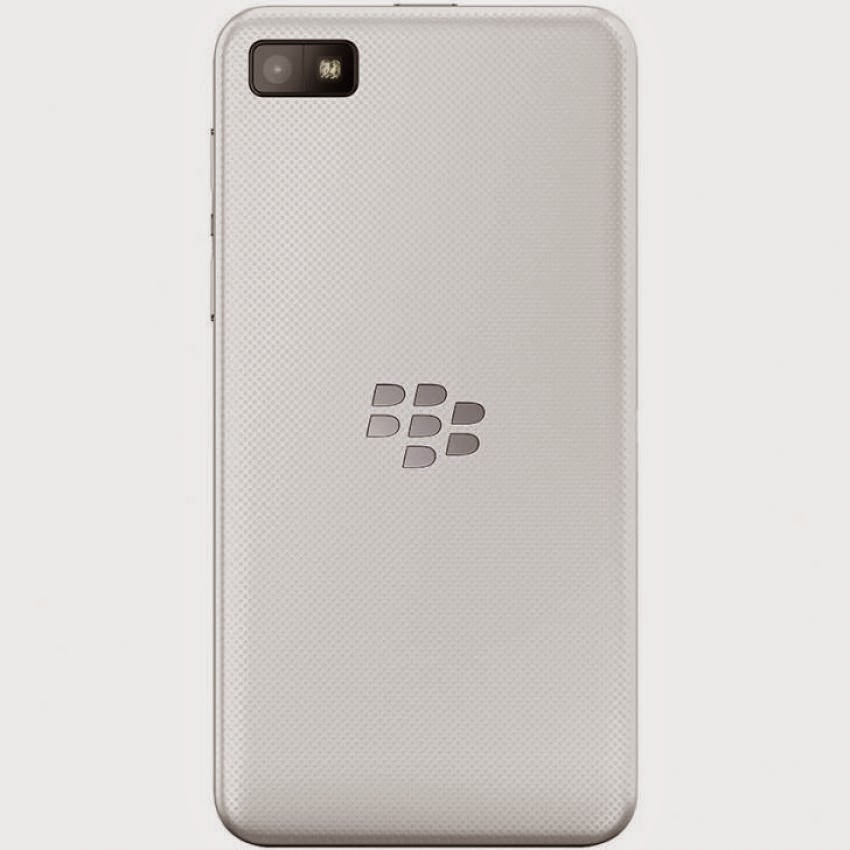 The top of the charged 3.5mm headset port, the lock / power, and a second mic, while the bottom is filled with holes speakers who also serves as a place to open the back cover. For NFC chip panel, micro SD memory card, and a microSIM card is behind the back cover.

Z10 handset has a screen size of 4.2-inch WXGA resolution (768 x 1280 pixels) are of good quality, is practically equivalent to that used the HTC One X. Staining natural, to look jet black, and sharp, knowing Z10 screen pixel density of 355 ppi achieve , higher than the iPhone 5 Retina display (326 ppi). For outdoor use any display can be seen well even under direct sunlight on the display screen is still clearly visible.

As we have been a previous review about the BlackBerry 10 platform, the platform interface glance much like iOS. To turn on the screen / unlock the lock screen besides pressing the dedicated button, can also be done by doing a sweep of the screen from below and above the frame. Apart from this lock screen notification information presented, hour, date, and a shortcut to the camera, with a sweep of the top-down screen will bring up a menu window bedside mode.

Performance in the Z10 has a good interface, navigation movements are done already smoothly. But if after a day you use it with a lot of open close the application without ever doing restart or shut down applications on the BlackBerry Flow, sometimes it will feel a bit of lag that occurs especially if you play HD video and change the position of the screen (portrait-landscape). It can be declared as BB10 is a mobile operating system that is relatively green.

BBM feature comes with a fresh look, with a full touchscreen interface, the navigation will be easy. Moreover BBM in BlackBerry 10 has more features, the most striking besides no longer needed Connectivity BIS (BlackBerry Internet Service) is a video call (BBM Video). Z10 became the first BlackBerry device that has a front camera, therefore the BlackBerry does not want the camera to be merely a tool for video calls or self-portraits. BBM Video on Z10 can screen share feature, where you can demonstrate something on your phone screen to the other person. This feature greatly simplifies the user who wants to demonstrate or show something to the other person in real-time. Unfortunately this video BBM features are still limited in any Wi-Fi network do not support mobile networks.

BlackBerry Z10 has two cameras is the resolution 2MP front camera and 8MP primary camera with autofocus capability and equipped with LED flash. Z10 camera looks simple interface similar to Windows Phone 8. There is a menu setting to switch camera, shooting mode, scene, flash, and aspect ratio. One feature that makes it special is the Z10 camera Time Shift feature, where the camera will take a picture several times in one session to the next user can choose the exact position of the object body, and then can arrange the best expression. This feature is very helpful for a group photo, in which not everyone in the frame are at the right moment when the photograph was taken.

The Z10 camera can record HD up to 1080p resolution. However, in order to record in the resolution, the minimum should use a memory card class 4 and above, because otherwise the camera can only do a maximum of 720p video recording only. Another solution is that you can transfer the videos to internal memory storage. Just as the camera interface, the interface is also simple video recording, where there is the option to switch camera settings, shooting modes, scene, lights, and size. The results of the video recording will be saved in MP4 format.

In addition to a business smartphone, the Z10 is also equipped with a powerful multimedia capabilities. Display Pictures menu is divided into three categories (recent, camera, and albums). There are several menu options such as slideshows, play on, rotate, set of axles, and share. BlackBerry also pinned editing applications that can enhance the images.

Z10 LS1 manifold equipped with a battery type Lithium Ion 1800mAh capacity is claimed can accommodate up to 312 hours stand-by and talk time up to 10 hours. The capacity of the largest ever given to a BlackBerry does, however given the Z10 is a full touchscreen device HD with dual-core processor, it is fairly normal capacity is not much different from the previous BlackBerry handsets durability. At least enough to power all day Z10 (+ -10 hours) with active data plan. However, these estimates are not absolute, since it depends returned to the network conditions and the intensity of use.