Google I/O is an annual developer-focused conference held by Google in San Francisco, California. Google I/O features highly technical, in-depth sessions focused on building web, mobile, and enterprise applications with Google and open web technologies such as Android, Chrome, Chrome OS, Google APIs, Google Web Toolkit, App Engine, and more. Google I/O was started in 2008. The “I” and “O” stand for input/output, and “Innovation in the Open“. The format of the event is similar to that of the Google Developer Day. (wikipedia.org) 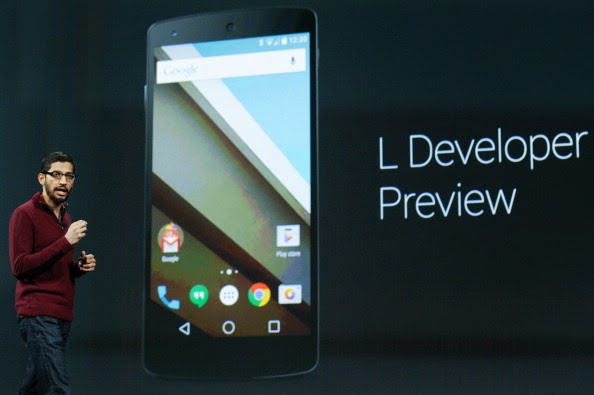 This is the main menu as well be an opening at the Google I / O. L exhibited Android to developers, while indicating the presence of the latest version of its flagship operating system. At Google I / O, alphabet letter ‘L’ is not followed by the name of a dessert as usual. In front of the developers, Google Android still refer to it as ‘L’. Android ‘L’ is a Google’s ambition to change the emphasis changes to the new color, a new notification and a new design. Especially for design, Android L uniform in order to appear in the wearable device, laptop or television. Android brought Notification L, comes with a more interactive with easy navigation including the lock screen menu. In this feature is also a pop-up called heads-up to make it easier to answer a notification. Android L is also likely to be better because of the current use of the Android Runtime (ART) has been running in full. With the adoption of this thorough, memory and battery life will be much more efficient. Even Google’s claims, this system is better than the Dalvik runtime. 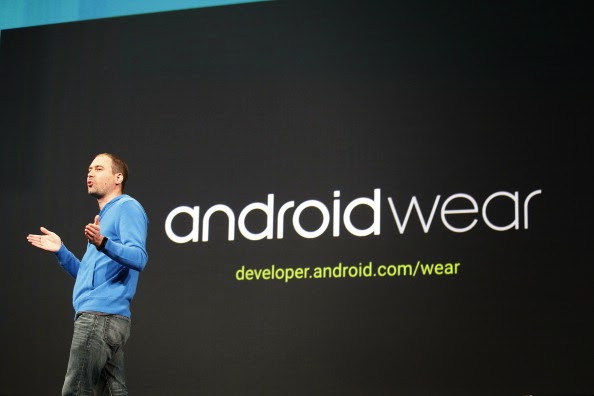 According to the Technical Director David Singleton Android, is now entering a period of miniaturization of technology. That is, the device is close to everyday life has begun touched by technology. So not surprisingly in the event Google I / O Google also announced the Android Wear, a special operating system for wearable devices. Singleton showed off the Android software that is able to perform commands Wear such as voice commands, interact with the smartphone and control the TV remote. “We’re right at the beginning of a miniaturization technology. Means, allowing a small computer that can be used comfortably in your body throughout the day,” he said. He himself argued that Google’s Android finally brings Wear on wearable devices because people see their Android smartphones on average 125 times a day. 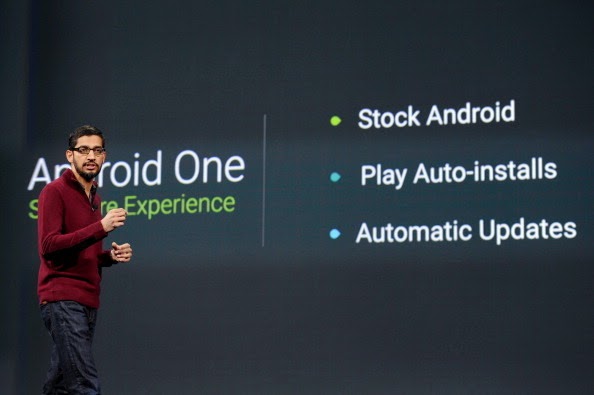 Thanks to the openness of the system, the Android can be pinned anywhere. Start of cheap handsets to the most classy though. But now, thanks to the presence of Android One, a smartphone can be maximized minimal specifications. Android One is actually a benchmark model for partners Google to make maximum smartphone but with minimal specifications. By doing so, the price offered can be as low as possible.  One difference with the usual Android Android is not too flashy. However, on this platform is taken from Google Stock and associates are asked to add their own aplikais. India is one of the first countries which will start selling Android One in the third quarter of 2014. Several vendors, such as Karbonn, Cromax and Spice come to enliven the Android One. 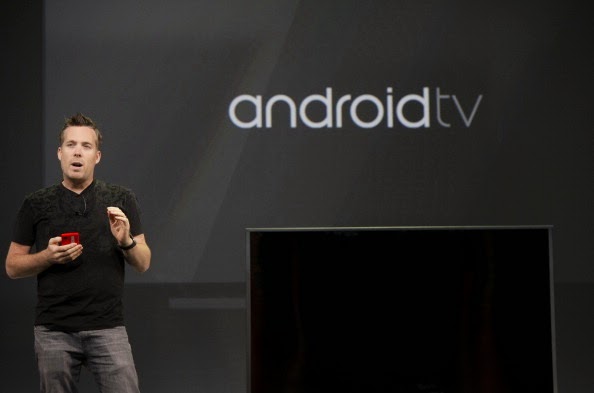 Android will sit in the middle of the living room, after Google announced the Android TV. The device is learn from the mistakes of Google TV, Android TV entertainment into one smart device. Android TV comes as a set-top box with the typical Android antamuka which of course are familiar. The other difference, of course, can be used as a music player, video and other Android applications. Google has been holding manufacturers Sony and Sharp to make Android-based TV television, as well as Razer and Asus to develop set-top-boxes that focus on gaming. 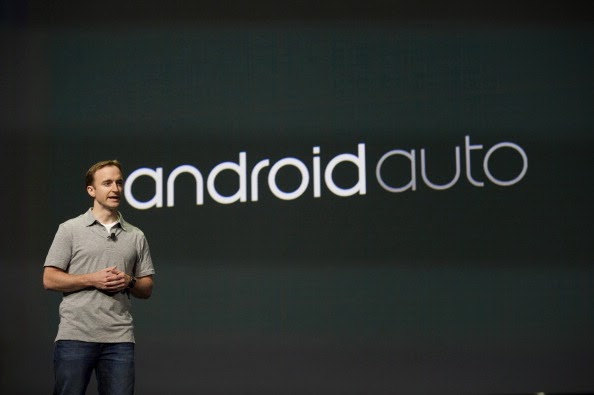 The Android operating system is no longer only be used in mobile devices, because now the ‘Green Robot’ officially began sweeping the four-wheeled vehicle, aka the car. As has been much since Google announced the Open Automotive Alliance, Android Auto – name pinned – is the next step of the consortium proficiency level. Coming on stage, Android Engineering Director Patrick Brady explained that some of the basic functions of the Android Auto is capable ordered to play music, check traffic, and into the street signpost. Android Auto can function after being linked to the device. Overall, this application has a view like Google Now. Not only the look, the voice command is also embedded in the Android Auto. So that, the user can command such as play music, check the agenda, find driving directions, and so on. Sending SMS with voice commands can be performed. Even more cool again, it can be done without having to exit the application Google – in a state diigunakan though. Google claims there have been 40 new prtners who joined OAA. The first car will be ready to use the Android Auto paving at the end of this year.

Some They Impression and Review using the iPhone 6

Iphone 6 Price will be more expensive?