HTC One M8 Specifications Review – Premium smartphone has become an idol for many people, especially for those who have excessive budget. The price is expensive, it becomes an advantage because in the social life of the Smartphone is a reflection of success and become its own prestige for someone. HTC One M8 feels very appropriate for those who need a premium smartphone with luxurious design and has qualified specifications.

HTC One M8 is the closest competitor two flagship phones today is the Samsung Galaxy S5 and Sony Xperia Z2. Similar specifications with hundreds of features in it, becoming one of the advantages that try in the stretcher by HTC. For Price HTC One M8 it is not cheap, you have to spend millions of dollars to buy a mobile phone. 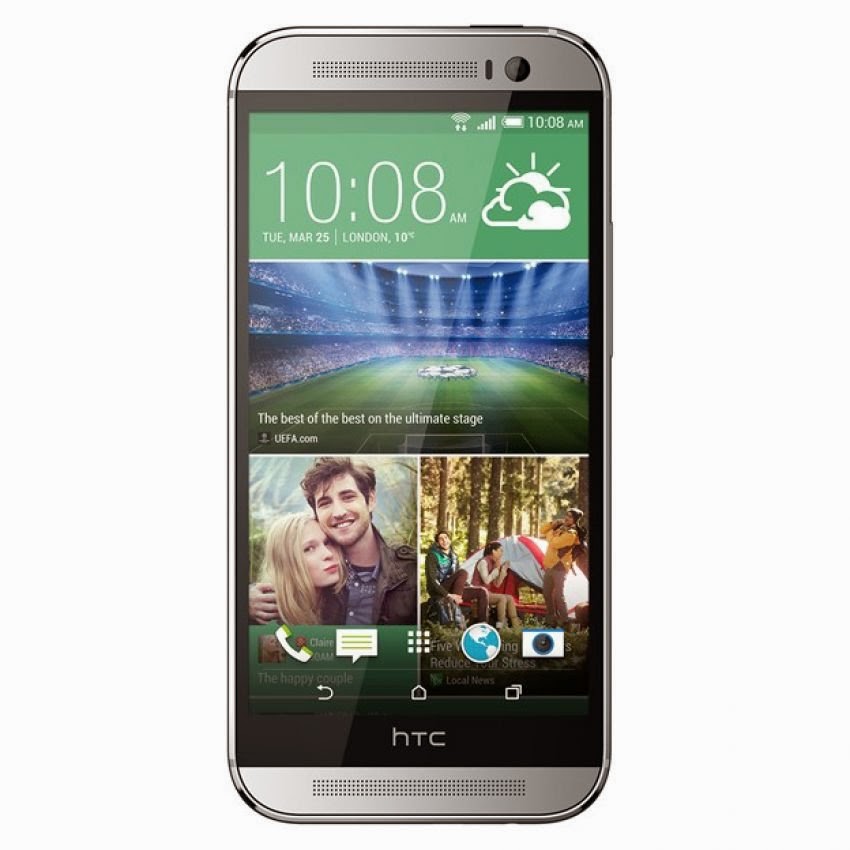 I think the price is not a problem, because HTC is aiming for the top as their marketing targets, but in Indonesia HTC itself sometimes time stamped into the second player, because their marketing was still not so many people who had not noticed the qualities of HTC.

Status as a premium mobile phone specifications of the HTC One M8 possessed very special, and it proved to be true because this phone is equipped with the best components in 2014. Using MSM8974AB Qualcomm Snapdragon CPU 801 with a speed of 2.5 GHz Quad Core, and the size of 2 GB Ram, Performance certainly owned the HTC One M8 will be comparable with the Sony Xperia Z2 and Samsung Galaxy S5.

While the graphics processing sector, already available GPU Adreno 330, which is able to bulldoze games that require high graphics. Then in terms of software already available Android OS, v4.4.2 (KitKat) which enhanced the user interface HTC Sense UI V6. There is also a 16 GB internal memory which can be expanded to reach 128 GB MicroSD slot.

To display sector, the HTC One M8 rely on a 5-inch screen with a resolution of Full HD 1080 x 1920 pixels, the display screen proficiency level is not unusual because of type Super LCD3 to reach -441 ppi pixel density, and not behind a layer of glass Corning Gorilla Glass 3 is capable of protecting screen from bumps and scratches.

Made using the best materials made of metal with a thickness of only 9.4 mm, making the HTC One M8 feels very luxurious and very sturdy. In terms of design is no doubt due to the design of the HTC One M8 owned virtually unchanged from the previous generation HTC, which was awarded as a Smartphone with the best design.

There is also a Dual Speaker at the top and the bottom of a very loud when listening to music, then on the back of the body, already latent capacity 2600 mah battery, but cannot be removed because it is directly attached to the body, and you need to know Sim Card used at HTC One M8-type nano-sim, so you have to be willing to cut your sim card, leaving only the copper plate,

One unique feature is the HTC One M8 camera sector, because there are 2 rear camera with Ultra Pixel technology. HTC itself does not explain how the resolution held both cameras, but can be recognized, the quality of both cameras are comparable to premium smartphone that has a 13 MP camera – 16 MP.

There are also 2 LED Flash at the back, with different light colors are yellow and white. The combination of both LED flash that is capable of creating light effects are very good, not too yellow, and not too white, while the front camera lens is embedded with 5 MP camera capable of recording Full HD video quality, just like those of the rear camera.

For terms of connectivity, in accordance with the price pegged HTC One M8 very expensive, of course HTC equip the phone with complete connectivity. HTC One M8 is equipped with LTE speed internet connectivity in support of other like NFC, USB OTG, Wi-Fi, Bluetooth and the latest is version 4.