Only the affirmation of the fact that rumors had been circulating that ultimately makes the iPhone 6 and iPhone 6 Plus is not too surprising. However, Apple has some ‘weapon’ secret in the latest version of the iPhone. Starting from the camera until the inside is something new by Apple. Not everyone is suited to this rumor during blowing, but there are some even better. Well, what are the advantages of the iPhone 6 and iPhone 6 Plus compared to its predecessor, the following summarize from The Verge, Wednesday (09/10/2014). 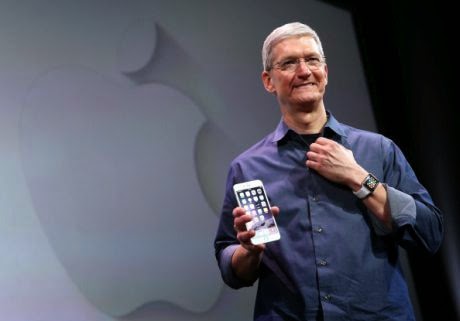 In the design of both the iPhone 6 is not very significant change. Except this time, present a more elegant with a layer of metal on the side in the second circular.

Still ring the home button to support the feature ID Touch, iPhone 6 comes with a 4.7 inch screen size as the iPhone 6 Plus has a 5.5 inch wide span. Both ranks highest in the iPhone family.

IPhone 6 is to be larger than the iPhone 5S. But unfortunately, about the resolution, the two are not much different. Things are different when switching to the iPhone 6 Plus.

For iPhone 6 measuring 4.7 inches embedded resolution 1334 x 750 pixels only, not with the iPhone 5S significant has 1136×640 pixel. However, Apple has a new technology called Retina HD on the iPhone 6.

Nothing sapphire screen that was widely heralded for this. There is only so-called “ion-be strengthened” and claimed to be more powerful than the previous iPhone versions.

Apple announced the A8 as the latest processors will be embedded in the iPhone 6 and iPhone 6 Plus. Of course, there is an increase in the second-generation 64-bit processors such.

Claimed by the company, 50% A8 processor is much more efficient than the A7. While the CPU goes faster 25% when juxtaposed with the previous version.

What makes the iPhone 6 and iPhone 6 Plus has a thin body, but can still power? Not because A8 processor 13% smaller than A7 chip in the iPhone 5S and the latest iPad.

The other is a bit off the mark, the camera resolution. The proof, both the iPhone 6 is still persisting at 8 megapixels with an aperture of f / 2.2. However, Schiller said iSight sensor is a new generation of so-called focus pixels. 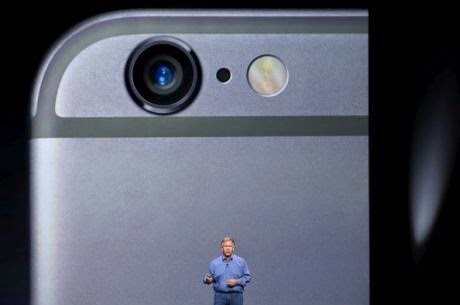 With this new sensor, move the desired focus from one point to another can be done quickly. Another new feature is the panorama resolution can up to 43 megapixels.

Optical Image Stabilization in the camera was drowned iPhone 6 Plus. It makes the shock will not affect when taking a picture.

Recording video is also becoming more sophisticated because of the capability of 1080p at 30fps or 60fps and recording at 240 fps slow motion.

To the front there is a kind of additional camera features that make it particularly suitable for selfie. Besides sharper, now pinned and also Face Detection Burst Selfie in this secondary segment.

IPhone is one of the popular smartphone, but there is one thing that is often complained of its users. Namely, that quickly drains the battery.

The iPhone battery is often so weak weapons Apple’s competitors do satire. 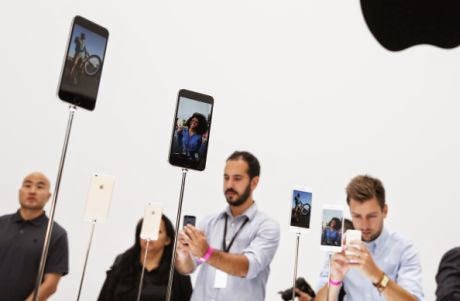 Well, to dismiss a similar attack in the future, Apple had to clean up the affairs of the battery in the iPhone 6 So this device would no longer referred to as ‘indigent plugs’ electricity.

Certainly, battery embedded in the iPhone 6 different than previous versions of the iPhone. This affects the user when the audio activity. Video, surf wear WiFi, LTE, 3G, conversations via 3G and standby time.

In addition to some of the above advantages, there are some other features are a mainstay in the iPhone 6 and iPhone 6 Plus. But do not be disappointed if not all of them can be used in all countries. 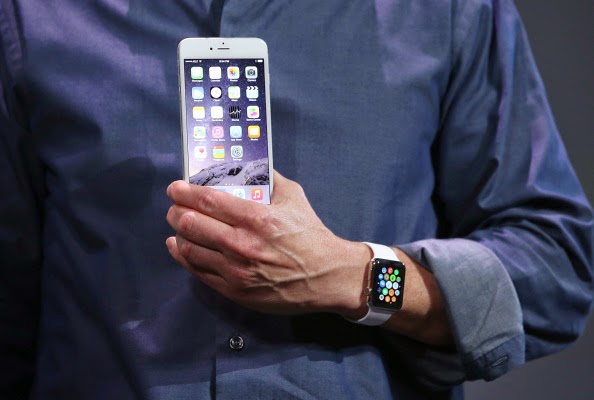 As WiFi Calling, in cooperation with certain operators that provide WiFi, iPhone users can make a call based on the WiFi network.

To speed the data is already supported by the advantages that the blazing fast LTE as standing at some frequency.

Plus, there’s a special iPhone 6 additional dedicated buttons for copy and paste discriminate. See also the landscape in the 5.5 inch screen is different and adopted as the iPad Mini.