Xiaomi Redmi Note is one of the mobile phone with the best specifications are priced at a bargain price. Mobile is already using Octa Core CPU, which are already available many features that are very interesting. Xiaomi itself is known as a manufacturer from China that is so phenomenal.

Reflecting the previous Xiaomi smartphones so successful in the market, the same thing will also be experienced by Xiaomi Redmi Note. With the renewal of the previous version, it is quite possible Xiaomi Redmi Note will be able to overthrow the average opponent comes from China, such as Huawei, Zte, and the most formidable is Lenovo. 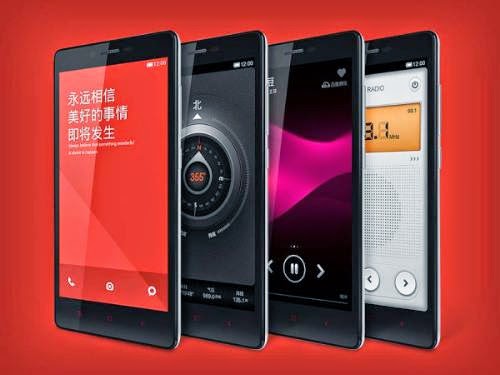 Competition from China mobile phone is always interesting to observe, because they are competing to bring the latest technology but still puts the price so that their mobile phone production remains low and is able to attract consumers that. Cheap mobile phone war is intensified so the launch Xiaomi Redmi Note.

Mobile with Octa Core CPU, only priced at under 2 Million. Once released in China, most likely this year Indonesia also gets to be part Expansion Xiaomi who began to explore the countries in Southeast Asia.

Recorded only Singapore are already a Xiaomi sales base in Southeast Asia, but with the presence of Hugo Barbara which is partly a former Google employee, is expected Xiaomi will start selling its products globally, especially in Indonesia. For more details of how Specifications and Price Xiaomi Redmi Note, let us examine together on the review below.

In contrast to most Chinese products, Xiaomi already proved its capacity as a producer of smartphones in the world’s best quality. One Xiaomi quality evidence, presented in the specification used Xiomi Redmi Note. You will get a phone with a high-speed CPU Octa Core, which is in the mix with quality hardware but still priced at a bargain price.

Xiaomi Redmi Note has two versions, namely Octa Core Version 1.7 GHz, and 1.4 GHz Core Octa. By using 2 different CPU versions, of course price Xiaomi Redmi Note, will be different every type. The difference in price is also not too big, only about 300 thousand dollars.

For the specification it has been using Octa Core CPU with 1.4 and 1.7 GHz speed, the CPU is a product of Mediatek which partly comes from China. Maybe Xiaomi cooperate with Midiatek that Chinese manufacturers can produce Xiaomi Redmi Note at a cheaper price.

For those of you who claim to Android fans, must be familiar with less OS MIUI. This OS is Android Custom Rom created especially for users Xiaomi, but Xiaomi also provide this OS for various types of mobile phones, so do not be surprised if Xiaomi already famous in the world, but Xiaomi phones have not been circulated globally.

Note Redmi Xiaomi already using a screen resolution of 720 x 1280 pixels HD with a size of 5.5 inch landscape display, with a screen large enough, it is fitting that this phone is called as a competitor galaxy note. When viewed in terms of runway, in addition to using Octa Core CPU type Mediatek MT6592, this phone is also equipped with a very large capacity Ram 2 GB of internal memory and has a size of 8 GB is supported MicroSD slot up to 32 GB capacity.

For Xiaomi Redmi Note Octa Core 1.4 Ghz version, there is only 1 GB Ram, but from the screen and the camera sector, both use the same lens camera 13 MP rear camera. Note Redmi Xiaomi camera is equipped with various features crate Autofocus, LED flash, Geo-tagging, touch focus, face and smile detection, HDR, and quality video recording @ 30fps Full HD 1080p, for the front camera is already available lens camera 5 MP which you can use to take pictures selfie.

Here’s how to cancel the video upload process on Instagram