According to Jo Harlow, corporate vice president of Microsoft’s Phone Business Unit, although rarely rumored to make a wearable gadget, the Nokia which actually now under the control of Microsoft also has a special attention to this new type of device.

To the extent that, they have a special team to conduct research and development of wearable gadgets.

“Wearable gadgets include new interaction models, and we have a dedicated team that handles it, including how to see the opportunity,” said Jo, Berlin, Germany. 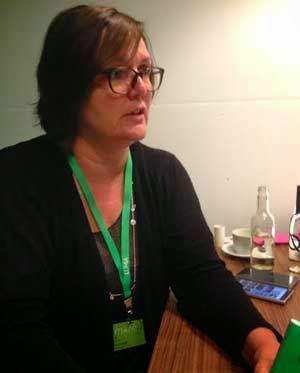 “This team is under the business services unit. So we also think about how to deliver services in the device Microsoft,” he continued.

Jo added, a special team is also going to give attention to the phenomenon of the Internet of Things latter increasingly loud echo in the IT industry. The concept is simple, it’s how things are connected to the Internet. Whether it’s household items, personal accessories, and other devices.

“Wearable gadgets include a new model of the way we interact with the internet. Unfortunately, for now I can’t say about Microsoft’s product roadmap wearable gadget for today,” he concluded.